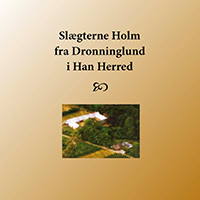 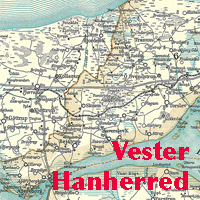 After mother's death in 1935 was among her survivors things a little-rule book in quarto, which father had used for various records, among others. a. the calculations, term papers, geometric drawings, etc. in its seminarietid 1865 - 1870. In this book Father had also (probably in the later years of his life) made some records of its genus, the genus Holm from "Dronningholm" in Han District, apparently from memory.

Even then it was my intention to deepen father's records in detail in order to make a family book. But the task seemed unsolvable because optegnelseme was quite inadequate for his own family's case.

However, I have in years past, partly per. correspondence and partly by a personal visit in 1950 by cousin Kristian Holm on "Dronningholm" got so valuable information about the names and dates on the family from "Dronningholm" and Bustarfell saga that I have taken upon me to let this record press as Family Tree although there may be some errors here and there.

Significantly lighter, it has been for me to gather information about my brothers and sisters family relationships, even if the family is spread all over Denmark and increased year by year.

I owe Kristian Holm from "Dronningholm" and my siblings thanks for the many details.

If you want to supplement the book provided information about the individual people (or family expansion), this can easily be done by indklæbe glossy leaves those places, so that the family book in this way can always be led a'jour.

The family Holm from "Dronningholm" in Han Herred

Updated in February 2002 for descendants of the Harald Holm. 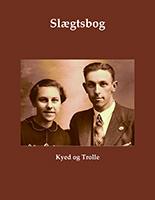 Genealogy of my deceased wife's family.

The text should be in place, I need to insert different illustrations.